Growth in the FPSO Sector and Outlook for New Orders

The number of FPSOs in operation or available for deployment has grown by 33% over the past ten years — from 151 units at end-2009 to 201 units at end-2018. This increase reflects the net result of delivery of new FPSOs and scrapping of aging units over the ten year period.

Assuming no scrapings of FPSOs over the next 12 months, the expected deliveries of 5 FPSOs now on order for delivery in 2019 will bring the total inventory to 206 FPSOs at end-2019.

Exhibit 1. Growth in Floating Production Units Since the 1970s
(Excludes FLNG and FSRUs) 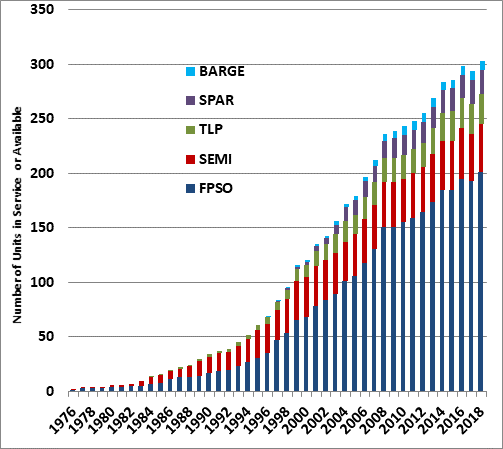 Exhibit 2. Trend in Number of FPSOs in Service or Available

Contracts for 96 FPSOs were placed between 2009 and 2018 — an average of just under ten FPSOs annually. But the average disguises significant variation in ordering pace. The high of 22 contracts was reached in 2010 when Petrobras ordered the hulls for eight serial FPSOs (two were subsequently cancelled). In 2016 there were no orders. In both 2017 and 2018 contracts for nine FPSOs were placed.

The nine FPSOs ordered in 2018 are to be employed in water depth ranging from 32 meters (Area 1 FPSO off Mexico) to 1700 meters (Tanin/Karish FPSO off Israel). Six of the orders utilize new purpose built hulls — including a speculative FPSO hull ordered by SBM. Three are conversions or modifications of existing FPSOs. Two of the 2018 contracts — an FPSO for use by ExxonMobil offshore Guyana and an FPSO for use by BP on an LNG project offshore Mauritania/Senegal — are FEED contracts structured to morph into EPC contracts.

Exhibit 3. Number of FPSOs Ordered over the Past Ten Years

Ten of the FSPOs are being built on new hulls. Seven are conversions or upgrades to existing units.

China has become the major location for FPSO construction and conversions. Eleven of the 17 FPSOs on order are partially or fully contracted to Chinese yards. Singapore has retained second position, with 4 of the 17 orders. Korean yards — at least for the time being — have disappeared from FPSO fabrication. Topsides plant fabrication and integration is spread over a variety of contractors in Asia, Europe and Brazil. 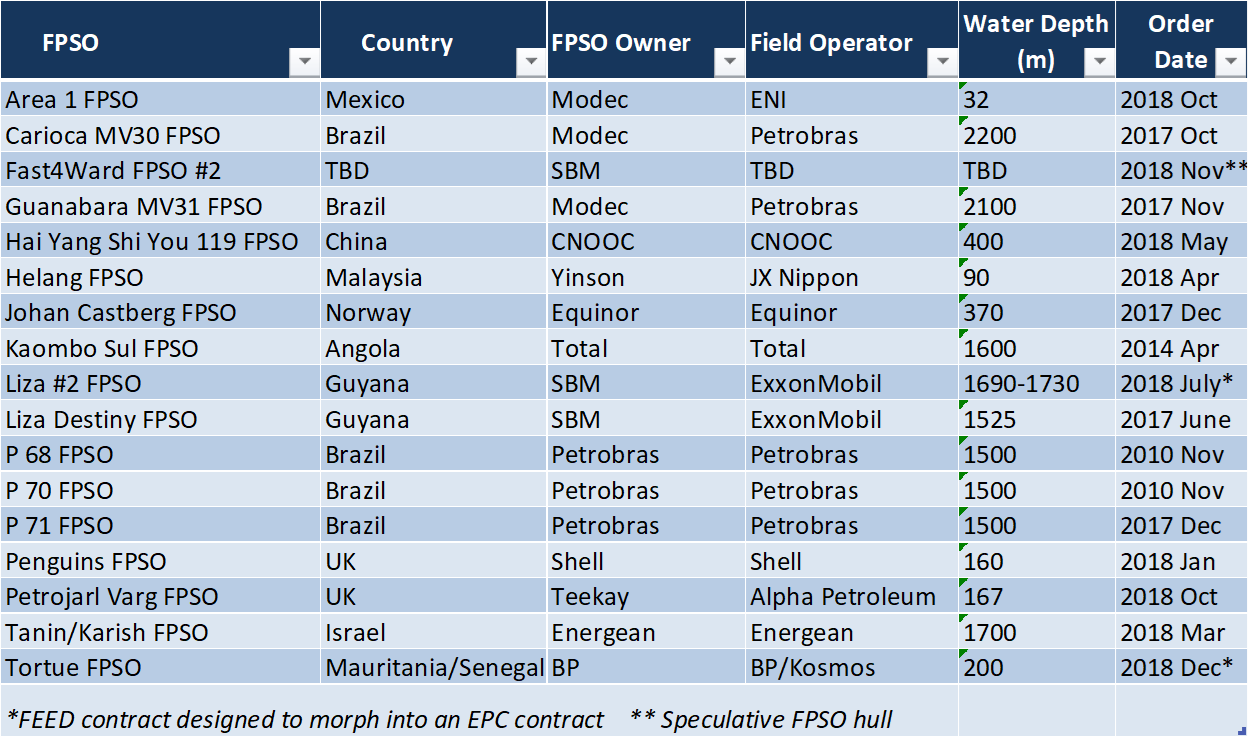 We have identified 102 projects in the planning stage that could require an FPSO as a production system. Some of these are near term, some further out.

Of the total, 11 projects are at the bidding or contract negotiation stage. Another 10 are in the near term investment queue and 4 are in FEED.

Another 50 projects are further out in the planning stage — either in development concept definition (28), E&P (19) or commercial framework negotiation (3).

The remaining 27 projects in the planning queue are stalled. Some of these are stalled due to economics. Some are awaiting field partner or agreement on field commercial terms. Others are stalled by government opposition, field rights issues, operator failure or sanctions that prevent the project moving forward.

Exhibit 5. Stage of Development of 102 FPSO Projects in the Planning Queue
(As of January 2019) 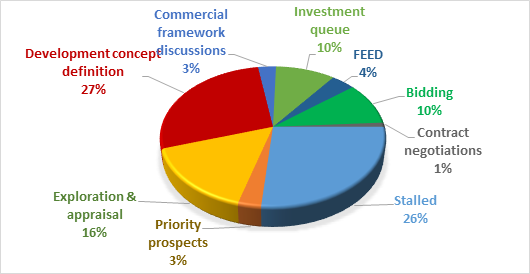 Each year IMA/WER makes a forecast of floating production system contracts likely to be placed over the following five years. The forecast takes into account the number of projects in the planning queue and our assessment of market conditions likely to exist over the next five years.

In our forecast we examine ten key drivers that will shape investment sentiment in the deepwater market and ultimately determine the pace of future floating production project starts. The key drivers are:

Brazil is expected to account for of the projected FPSO orders over the next five years. This figure reflects the large number of deepwater projects in the planning queue in Brazil, the expected rebound of Petrobras over the next few years and the future role of international oil companies in Brazil deepwater E&D. The FPSOs ordered for Brazil will generally be large capacity units based on purpose built or converted VLCC hulls.

Africa is expected to be the second largest source of FPSO activity, accounting for 25% of the orders over the next five years. Some will be large purpose built units, some converted or purpose built units and some redeployed FPSOs.

Other major sources of FPSO demand will be Northern Europe (~12%) and SE Asia/China (~10%). These will be a mixture of  units, some designed for North Sea use, and include a few redeployed units.

For information about our 2019 Floating Production Report and Database, please visit our website at www.worldenergyreports.com — or contact Jim McCaul at imassoc@msn.com or 202 333 8501. 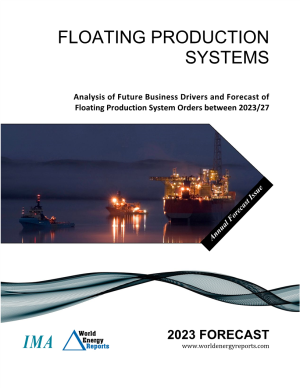