Consulting Services Performed
in the Shipbuilding and Ship Repair Industry

Prior to forming IMA, Mr. McCaul co-authored Improving the Prospects for U.S. Shipbuilding, a study published by Webb Institute of Naval Architecture. He had also been an advisor on shipbuilding issues to the U.S. Government Accountability Office and the Commission on American Shipbuilding

Exxon Lowers Oil Price Outlook for Much of the Next Decade

U.S. oil major Exxon has lowered its expectations for oil prices for much of the next decade… 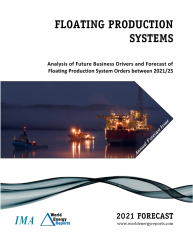 Exxon Lowers Oil Price Outlook for Much of the Next Decade

Oil rose for a fourth straight session on Wednesday as the market shrugged off an industry report showing U.S. crude stockpiles…